One of the most famous and oldest neighborhoods in Rome, is located between the Colosseum and the Roman Forum. Rione Monti is the neuralgic center of Rome, a district full of restaurants and refined pub, clubs, theaters and cinemas, that offers to visitor a taste of the everyday life in the eternal city. Celebrities often roam in this quaint old town, full of restaurants and trattorias, ideal for enjoying the real traditional dishes of Roman cuisine. 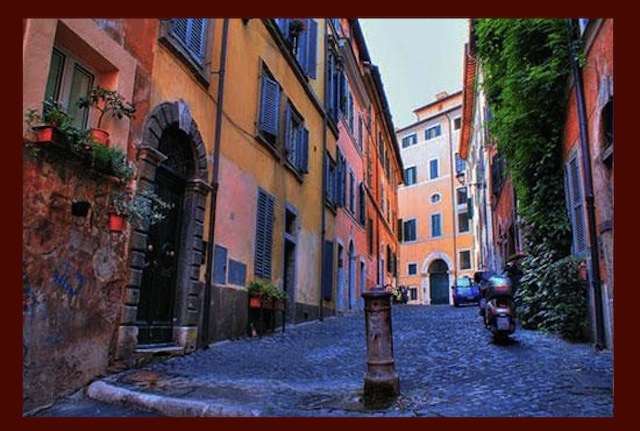 His real name is Flavian Amphitheatre and is the symbol of the city of Rome in the world. It was built in 72 A.D. by Vespasian and completed eight years later by his son Titus. The Colosseum was comparable, for its time, to our stadiums, even if the spectators were very different from those of today. The building was designed to host fights between gladiators and games such as simulations of hunting wild and exotic animals. 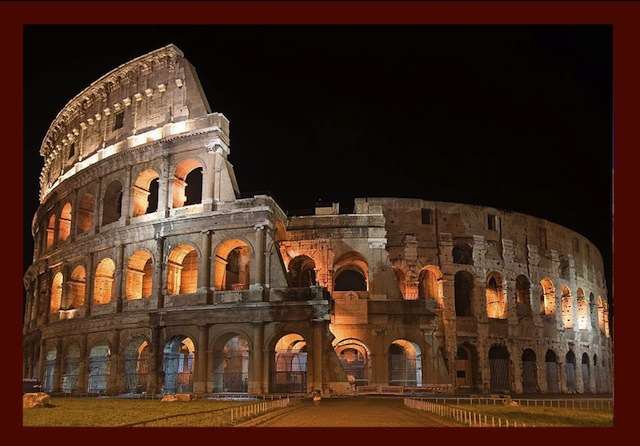 Is one of the four papal basilicas of Rome, located on the Esquiline Hill. The many treasures contained in S. Maria Maggiore make it a place where art and spirituality come together in a perfect union, offering visitors a unique experience. 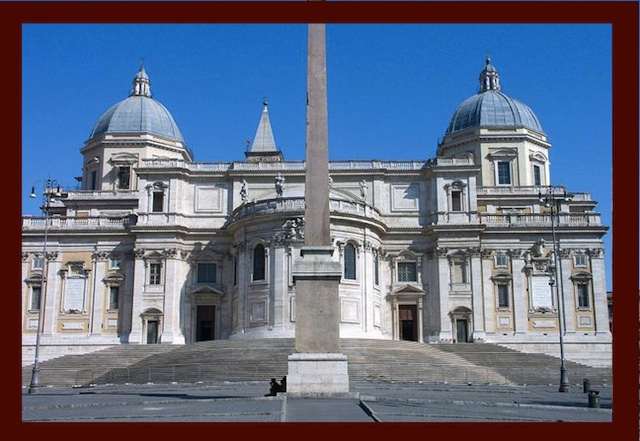 One of the most famous squares of Rome considered the heart of the city, located between Via dei Fori Imperiali and Via del Corso. The square is dominated by the majesty of the Vittoriano, the monument dedicated to king Vittorio Emanuele II. 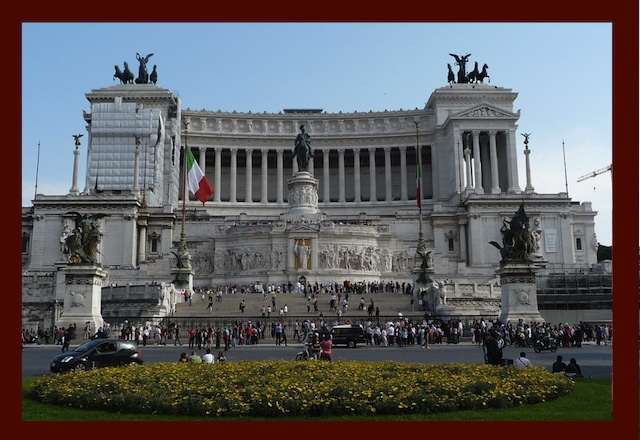 Is the symbol of the Roman authority. The current arrangement of buildings dating back to the sixteenth century, when Michelangelo created the beautiful square and the majestic staircase of Cordonata. Two of the three buildings host the Capitoline Museums. 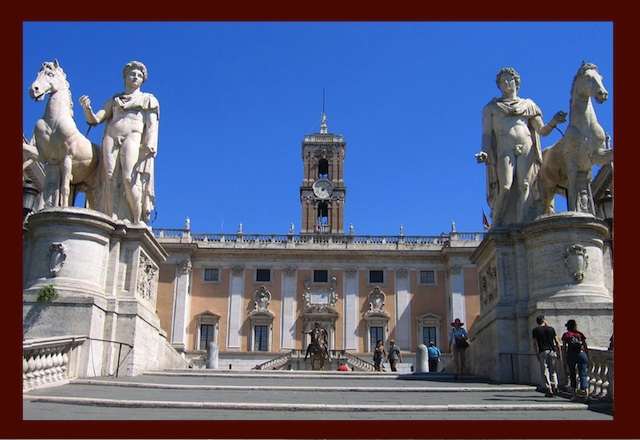 The Piazza di Spagna square is famous for the steps of Trinità dei Monti, built in 1726 by Francesco De Sanctis, which connects it to the Pincio and to a wonderful background creating one of the most picturesque and animated architecture composition of the eighteenth century Roman urbanism. 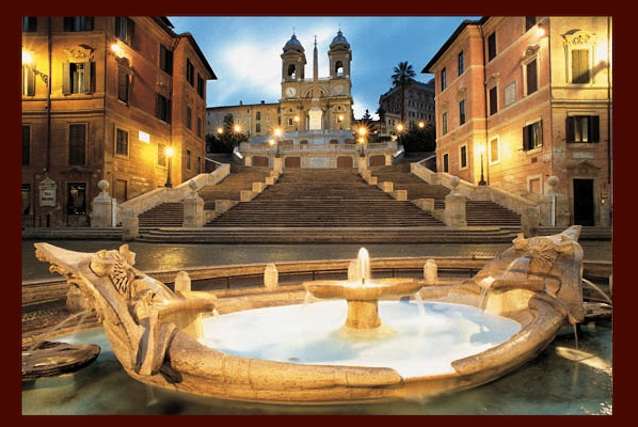 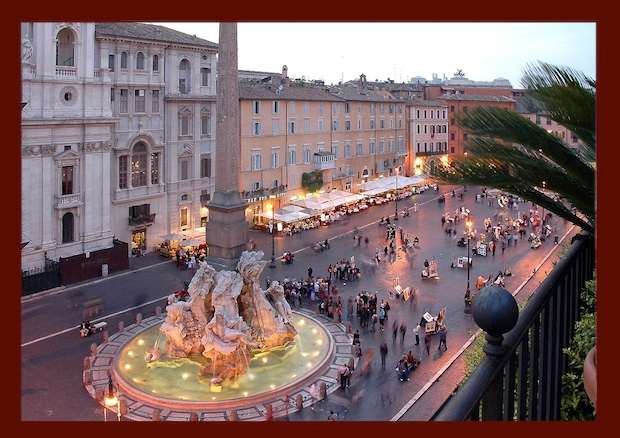 The most famous fountain in Rome, made by architect Salvi in 1735 under Pope Clement XII. The sculptures that create the fountain narrate the events related to the discovery of the spring from where comes the water that feeds the fountain. 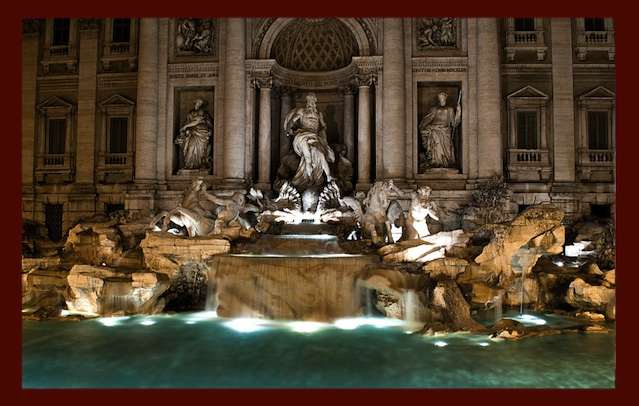 Roman temple dedicated to all the gods (in greek pantheon means “all the gods”). Built by Agrippa in 27 BC near the thermal bath of Campus Martius in Rome. It was completely rebuilt by the emperor Hadrian (120-125dc). In the seventh century it was converted into a church dedicated to Mary and the Martyrs. 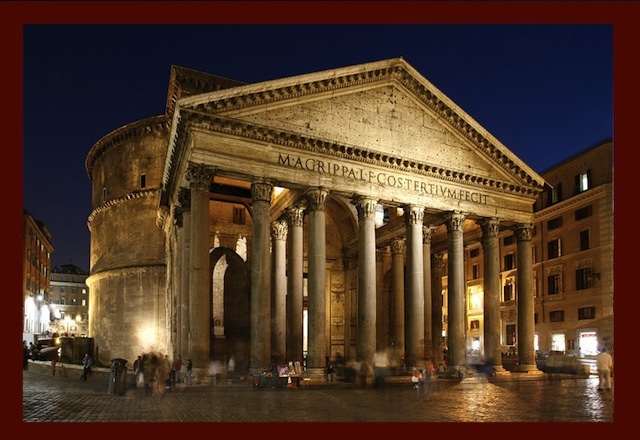 The picturesque piazza and the Bernini’s colonnade compose the background to the largest church in Christendom dominated by the majestic dome of Michelangelo. The construction of the basilica extends through the sixteenth century. with the work of Michelangelo, Giacomo della Porta and Domenico Fontana. The basilica stands on the foundations of a church built over the tomb of the Emperor Constantine. 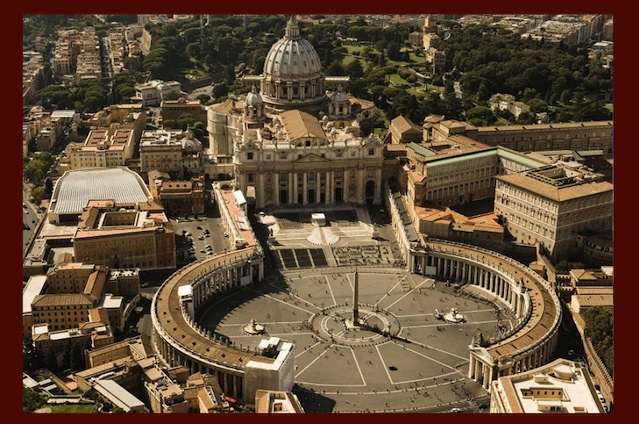